In many cases, a serious illness can seemingly come out of nowhere with little to no warning.

Being aware of what to look for and noticing the warning signs early on could mean the difference between life and death.

The intent of this article isn’t to scare you or give you anxiety about relatively insignificant health issues.

It is simply meant to inform about what may indicate a serious illness so you may catch these symptoms as soon as possible. 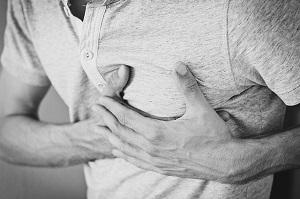 Chest pain could be caused by a number of different factors ranging from muscle soreness to a heart attack.

It’s best to monitor the severity of the pain as well as how quickly the pain sets in.

If the pain is severe and sudden, get medical help immediately.

Long-term pain, no matter how severe, could be an indicator of heart disease.

Chest pain is not something that should be ignored until it goes away.

If it persists for more than a couple of days, go see a doctor.

Similar to chest pain, abdominal pain can have many different causes, which makes it tricky.

It could mean something as harmless as an upset stomach brought on by a certain food.

On the other hand, consistent abdominal pain could be a sign of something much more severe, like gastrointestinal disease or cancer.

Be mindful of the length and severity of your abdominal pain and respond accordingly.

Sometimes, abdominal pain can be accompanied by bowel issues, so keep an eye out for that as well.

A rapid, unexplained change in weight poses significant health risks in most cases.

It could indicate a number of serious illnesses, including: diabetes, thyroid issues, and heart failure.

Severe weight loss is also a symptom of most cancers.

However, this symptom is usually coupled with several others in cancer patients.

In general, consult with a doctor if you experience a sudden change in weight. 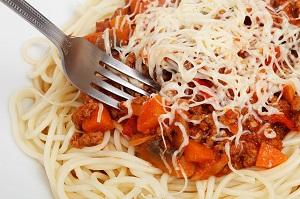 Closely related to fluctuations in weight, immediate changes in appetite are also a red flag.

The appetite is typically affected by how quickly the body is digesting food, and a significant change in this is usually a sign that something isn’t quite right.

Keep in mind that there is nothing to worry about if you happen to become uncharacteristically hungry or full for just a day or two.

The issues have to do with lasting changes to the appetite, which directly impact weight changes.

Fatigue, or feeling “run-down”, results from a wide variety of conditions.

Something as harmless as a lack of sleep or rest can invoke mild forms of fatigue.

Generally, fatigue brought on by a lack of sleep will only last a short time, provided that the sleep schedule eventually goes back to normal. 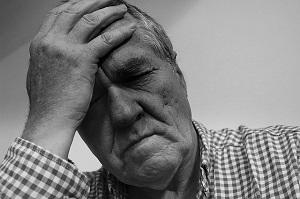 If you are so fatigued that no amount of rest can help, it could be a sign of a serious illness like heart disease, diabetes, or sleep apnea.

This does not have to do with shortness of breath brought on by exercise.

Rather, this refers to shallow, rapid breathing that can be an indicator of heart or lung disease.

The immediacy of the shortness of breath can point to what is causing it.

For example, if the shortness of breath comes on suddenly, it can be a sign of asthma, low blood pressure, or pulmonary embolism (blood clot in the lung).

Long-lasting, or chronic, shortness of breath might be indicative of COPD, pulmonary edema (fluid in the lungs), or other lung diseases.

No, you should not overreact every time you get the stomach flu or feel a little nauseous.

As with most of these warning signs of serious illness, only worry if the nausea or vomiting persists for an extended period of time.

This can be caused by certain gastrointestinal diseases.

Again, don’t worry if these symptoms last for a day or two.

There are all kinds of factors that cause nausea and vomiting, like food poisoning or the flu.

Difficulty swallowing is generally caused by some sort of damage to the throat.

This damage can take many different forms, with cancer being the most severe.

This particular warning sign typically occurs in conjunction with other symptoms, so you don’t necessarily need to be extremely vigilant regarding it. 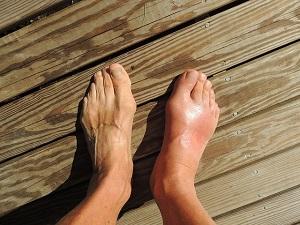 In many cases, ankle or leg swelling is caused by some sort of injury.

However, if the swelling can’t be directly attributed to an injury, it may be a sign of something more severe.

For example, swelling in the legs could signify a leg infection or poor circulation.

All three of these conditions produce an excess amount of fluid in the body, which causes swelling.

Call your doctor if you already have one of these disorders and the swelling gets worse.  It could be a sign of complications.

According to a study conducted by a group of dermatologists, the skin may actually show what is going on inside the body in certain instances.

For example, changes in the skin’s color can be a signal of internal disease.

In the most well-known example, yellowing of the skin can signify liver disease.

Unexplained Rash or Growth on Skin

An unusual rash that appears on the skin could represent some sort of internal issue or infection as well.

For instance, people can develop a rash that is caused by an allergy to a new medicine.

Make sure to consult with your pharmacist if you do develop an unexplained rash shortly after going on a new medication.

If the rash is accompanied by other symptoms, like aches or a fever, seek medical attention.

Also, new unexpected growths on the skin could be a telltale sign of skin cancer.

If any of these growths do pop up, be sure to get them checked out by a dermatologist.

It’s much better to be safe than sorry.

They aren't the types of illnesses that simply appear out of nowhere.

In most cases, the warning signs are present and need to be noticed early on before things get worse.

Drastic and sudden mood swings are one obvious sign of a mental illness.

Any sort of prolonged mental instability should be noted and taken very seriously.

Look for the person to shift from one mood to the exact opposite mood at a moment’s notice.

Also, pay attention to your own feelings and moods.

If you notice anything out of the ordinary, seek help.

Keep an eye out for any type of unorthodox behavior.

Look for the person to seem “out of sorts” and unlike their usual self.

People with a mental illness often have a difficult time concentrating.

In addition, they can experience issues with logical thought and memory.

This can sometimes be coupled with illogical and over-exaggerated thinking. 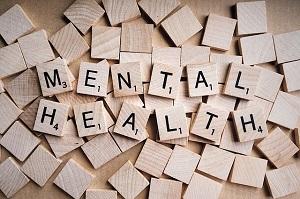 If someone suffers from many symptoms to the point where it interferes with day-to-day life, then there is most likely a problem.

Also note that stress can be a factor in many mental health-related symptoms.

Fortunately, stress can be managed more easily than many mental illnesses.

A Note About Cancer

If you have been reading closely, you probably noticed that a lot of the warning signs listed above can be attributed to cancer.

It’s important to understand that in general, one single symptom is not indicative of cancer.

Cancer usually brings on a multitude of different symptoms instead of just one or two.

NEVER diagnose yourself or Google your symptoms in an attempt to self-diagnose.

This will only lead to unnecessary anxiety.

Go see a healthcare professional if your symptoms are bad enough.

They are healthcare professionals for a reason. 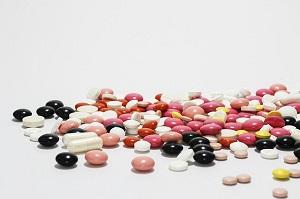 Certain medications can cause symptoms similar to those of a serious illness.

Make sure to go over these side-effects with your doctor and/or pharmacist prior to starting medication.

That way you will know the precise cause of these symptoms if they do manifest themselves.

Now that you know what to look for, be sure to make your health a priority and pay attention to what is going on in your body.

If a serious illness is diagnosed early on, it can be dealt with much more effectively.

There’s no need to panic every time something minor goes wrong.

Simply listen to your body and go see a doctor if there is a problem.

Andrew graduated from the University of Illinois Chicago College of Pharmacy at Rockford in 2015.

He currently lives in Stockton, IL.  In his free time, he enjoys exercising, spending time outdoors, reading, and cooking.

Understanding CBD: Health Benefits & What It Is

Answers to a Pharmacists Top Three Most Frequently Asked Questions